The target of this Q-Round 003 was to check the Points of Inspection (where they apply) described on the Evaluation List, visiting the Subcontractor Workshop and the Piping erection including the Static & Rotating Equipment Installation to check the protection and preservation of them.

Also, general aspects about Housekeeping and Cleanliness, was also an important point to check.

For this Q-Round 003, EPC Cleanliness Q-Manager issued invitations to every involved person for this PFP programme that form the Cleanliness Q-Round Team:

There are many Cleanlines Q-Round Checklist Evaluation regarding with Static & Rotating Equipments, API Storage Tanks, Job site underground and above ground piping erection,…etc, that we shall performance step by step in future.

To see this first EXAMPLE about this Q-Round Checklist Evaluation 001 CLICK on below addressing:

Despite obstacles, such as an ongoing trade war between China and the United States, artificial-intelligence researchers are working to ensure they can collaborate internationally.

“The leadership team wanted a Turing Award-winning scientist to evaluate our department to help us become a world-class team, not just top in China. They’d heard of John Hopcroft at Cornell University. But no one knew him personally,” Tang says.

They came from the West

Despite this background, China’s AI research has become a divisive political issue between nations. In 2017, China announced a plan to become a world leader in AI by 2030 — a goal that has fuelled the fear of politicians, particularly in the United States, over China’s potential for technological supremacy. 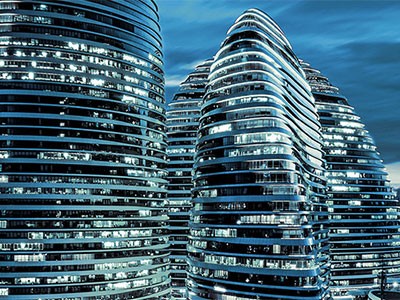 Spotlight on AI in China

In 2018, a trade war began in earnest when US President Donald Trump placed tariffs on 818 Chinese goods, including lab equipment and reagents. The US government has since placed obstacles in the path of Chinese scientists working in sensitive fields, such as AI, shortening the length of study visas for graduates for example, and US institutes have restricted collaborations with Chinese companies, such as Huawei.

“AI research is about openness and speed. If you don’t share your work, it’s meaningless because your success is measured by how many people across the world download your algorithm or code and are using it. Also, you need to publish immediately, or someone else will have got there first and claim that moment.”

“This is very important work. It’s been downloaded from GitHub tens of thousands of times. Both Chinese and US researchers will write their deep-learning applications based on this framework,” says Chen. “This is how AI research works.”

Where do researchers collaborate?

AI professors are adept at finding informal ways to collaborate face to face, as well as online. Although it’s extremely rare to find research that’s jointly funded by the Chinese and an overseas government, there are a variety of channels that ensure researchers can work together. These collaborations are the source of a growing number of papers by Chinese and overseas researchers. 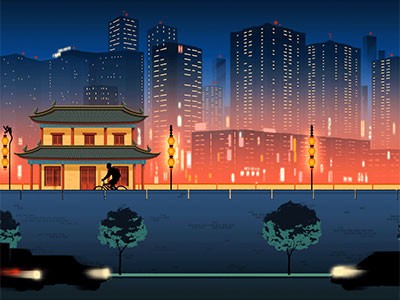 Xi’an Jiaotong University’s Institute of Artificial Intelligence and Robotics is one of China’s oldest AI research teams. Established in 1986, it has formed research partnerships with institutes in countries such as Japan, the United States, the United Kingdom, Germany and France over the years, and former president Nanning Zheng says the university uses a range of collaboration tools: from holding conferences with international speakers and employing well-known foreign scholars as adjunct professors, to sending young faculty members and PhD students to conduct cooperative research abroad.

In 2017, Chen arranged for the 22nd conference on Architectural Support for Programming Languages and Operating Systems to be held in Xi’an. Computer science conferences have tended to be held in the United States or Europe, says Chen. “Ten years ago it would have been hard to convince organizers to do it here. But now there are so many Chinese names on the programme list that they agreed. We had the highest numbers of attendees and submissions in its history.”

“As a professor, you always have to attract PhD students, that’s a major part of the work,” he says. “And since I was from China and have many connections with top Chinese universities, I recruited students from there, such as Peking University, the University of Science and Technology of China, Zhejiang University and Xi’an Jiaotong University.”

In early 2018, Shao founded the Inception Institute of Artificial Intelligence in Abu Dhabi, and is its chief executive and chief scientist.  “I had two former PhD students working in the UAE and they started telling me about the growing AI science scene. I decided to find out more.”

Funding from the East

The rise of influential tech companies in China has increased the volume of AI research and opportunities for researchers. Academics all over the world now work on research projects funded by Chinese Internet behemoths (see ‘Tech support’).

At NeurIPS 2018, a machine-learning and computational-neuroscience conference, Tencent was the fifth-largest contributor of published papers, behind Google, Microsoft, Facebook and IBM.

Han Xiao works as an engineering lead at Tencent’s AI lab in Shenzhen, and also runs the non-profit organization the German–Chinese Association of Artificial Intelligence, which is dedicated to promoting collaborations between China and Germany, where he did his degree.

Nature Spotlight on AI in China, an editorially independent supplement. Advertisers have no influence over the content.

Remotely operated robots perform tasks in dangerous or far-flung locations, such as the deep ocean or in space. For the human-robot communication needed for a teleoperation system to receive commands, sensory feedback, including kinesthetic sensations felt by the robot, must be fed back to the human operator. Through this interactive link, the human operator can accurately sense the robot’s perception, feeling with his/her hand what the robot feels in real time, and controlling the robot’s response.

The SEU team developed two sets of ground-based simulated teleoperation experiments for the Chang’e-3 rover, Yutu. Their work on teleoperation control and the perception system for environmental recognition ensured Yutu’s successful information collection and the success of the unmanned lunar exploration mission.

Tactile sensors and haptic actuators for measuring and controlling the forces exerted and felt by the robot are key to human-robot interactive teleoperation systems. This technology is a specialism of the Institute of Robotic Sensing and Control Technology, established at SEU’s School of Instrument Science and Engineering in 1983.

These devices, as well as their teleoperation robotic systems have been integral to China’s lunar exploration projects. Apart from the lunar rover for Chang’e-3, Song’s team also developed an in-orbit force measuring device, which was used for a human-operator training programme, as well as for biomechanical measurement.

Other work by Song’s team focuses on detecting neuro-electrical signals and stimulation for robotic control and sensing. “We want to achieve natural or intuitive human-robot interaction and integration,” said Song.

The technology is also being applied to the development of myoelectric prosthetic control and rehabilitation robots, which could be used to help people with disabilities.

Deaths from cervical cancer are decreasing in China as awareness grows about the importance of screening. However, an imbalance in the distribution of medical resources means women in some regions do not have access to adequate screening services, leading to gaps in monitoring and inaccurate diagnosis. Using artificial intelligence (AI) technologies to improve early cancer detection, Wuhan Landing Medical High-tech Co., Ltd. (Landing) has developed diagnostic devices and a novel service model to offer more accurate and affordable screening services.

Cytological evaluation, which examines cells, is a widely used, low-cost and non-invasive method for preliminary diagnosis and screening of cancer. For cervical cancer screening, accurate diagnosis requires skilled professionals to check microscopic images from Pap smears, identifying a few abnormal cells among hundreds of thousands. An intelligent scanner, CytoScanner, developed at Landing, digitizes cell images and automatically conducts analysis to classify test results, providing an affordable and cost-effective solution that can be easily deployed in regions which lack resources.

A pioneer in AI research, WHU is among the first in China to offer an immersive programme in AI, including machine learning, programming, and evolutionary computation.

Given the complex and dynamic environment of city blocks, person re-identification technology often gives false warning. Using deep learning techniques, WHU computer scientists have developed new algorithms for associating images of the same person taken from different cameras or in different occasions, leading to more reliable security monitoring, and publications in quality journals. In the 2016 TREC Video Retrieval Evaluation, organized by the National Institute of Standards and Technology in the US, the WHU team was rated first in all the experiments for real-example retrieval. Their technology in audio and video information processing for security monitoring won the silver award at the 2018 China International Industry Fair.

For self-driving cars, making quick responses based on real-time information tracking is important. The intelligent driving control system developed by the WHU automatic driving team has integrated 5G and edge computing capabilities, harnessing the potential of internet technologies in transportation control and self-driving.

The team has also studied robots and other unmanned systems, tackling core technologies for perception in complex dynamic scenes, precise location using multi-source sensors, and intelligent navigation in complex environments. It has won several robotics and autonomous-driving competitions. Currently, the WHU team leads a project that sets national standards for digital maps to be used in high-precision navigation, supporting the industrial development of automatic driving, service or specialised robots, and other unmanned systems.

From robots to facial recognition, artificial intelligence (AI) has become part of everyday life and is reshaping the workplace. As part of China’s push to advance its high-tech industries, in 2017, the state council launched the Next Generation Artificial Intelligence Development Plan in mid-2017, outlining a national ambition to become a leading AI power by 2030. Soon after guidelines were established, Zhejiang Lab was founded in Hangzhou. 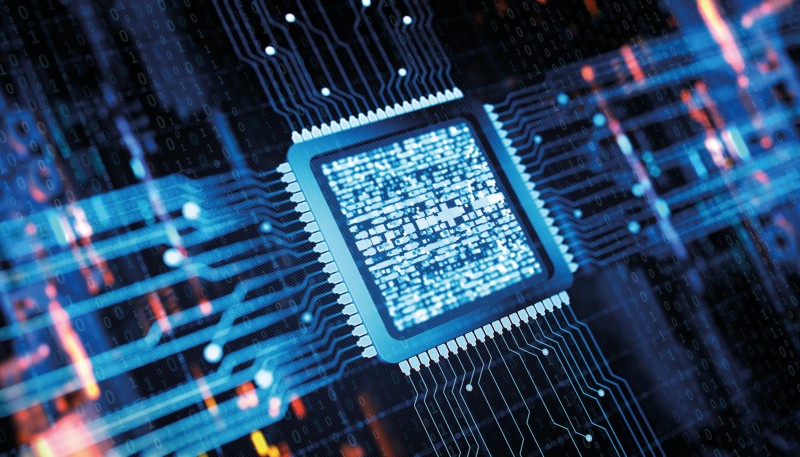 A hub for AI innovations

The institute focuses on three key issues in AI research — autonomous and sensing systems, emergent intelligence, and collaborative and swarm intelligence. Specifically, the institute is dedicated to harnessing the novel properties of super materials to develop devices that extend our senses, and with real-time collection of massive data, supporting autonomous decision-making based on multi-source big data. In intelligent cognition, the team strives to develop collaborative autonomous agents with cognitive capabilities, like those of humans, by simulating the neural mechanisms of cognitive behaviours, and to enhance the capabilities of processing big data and developing brain-like intelligence. Another focus of the institute is the collaboration between biological, mechanical, and electronic systems, as well as the mechanisms of self-organisation and emergence for multi-agent collaboration and decision-making. Researchers hope to optimise integration and collaboration between humans and machines.

A leader in smart technologies

As China’s pioneer in basic and applied research on intelligent autonomous systems, Tongji University researchers have made breakthroughs in the application of AI technologies, ranging from intelligent computing and distributed control, to smart transportation and cities, reported in leading international journals.

This site uses Akismet to reduce spam. Learn how your comment data is processed.